2018 was a busy year at Century Studios. In addition to the many commission and showroom pieces we created, we were able to introduce some new items to our ever expanding lamp offerings. Last year, we added two original shade designs, revived an original shade design that had been dormant for over 30 years, and added two Tiffany reproduction lamp bases. 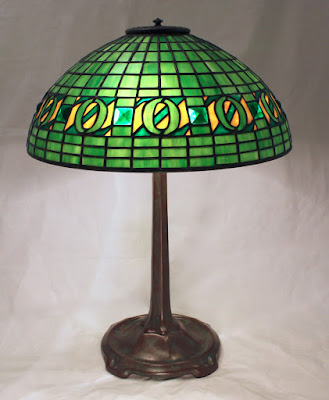 We first introduced the 16″ Oz Logo lamp in the early 1980’s when we were making many Wizard of Oz themed stained glass pieces for Books of Wonder in New York City. After a few years of production, this design was set aside until last Fall, when it was commissioned by an Oz enthusiast. 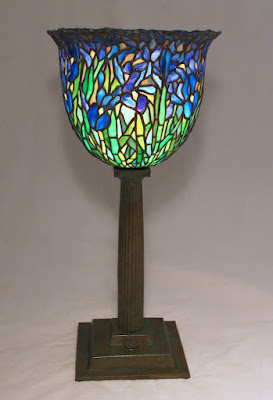 The 9″ Iris, a highly detailed Century Studios original shade design was introduced in early October. This torchiere style shade is covered in Iris flowers clustered together in a impressionistic burst of color. The shade is shown on the Doric Column Torchiere base. This lamp is currently available for purchase in our showroom. 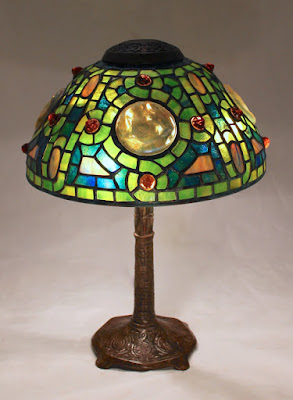 The 12″ Zodiac shade is a Century Studios original shade pattern that as inspired by the Zodaic base. The design uses motifs found in Tiffany Studios Zodiac Desk Set pieces and larger Tiffany Zodiac shades. Decorative borders intertwine across the surface of the shade which is also studded with small three dimensional pressed glass jewels and our large round turtleback jewels.

Introduced with this shade was the Zodiac base. Taking molds from an original Tiffany example, this petite base works well with any 12″ shade. 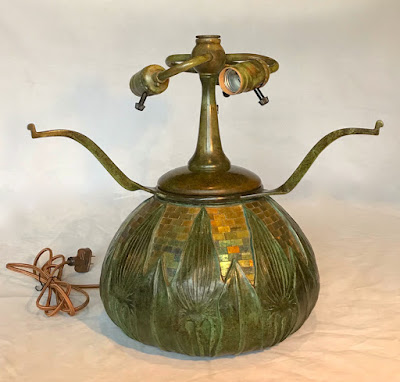 We introduced the impressive Arrowhead Mosaic base in January 2018. This large base can be used with any 16″ shade. The hand applied glass mosaic can be custom colored to compliment the colors used in the shade.

2019 promises to be even busier than last year, and we look forward to the exciting variety of pieces we will be working on.